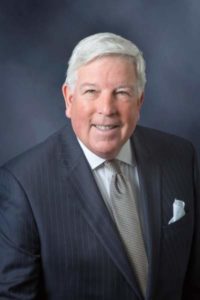 Barry Randolph Koch recently received advanced level training, from the American Association of Premier DUI Attorneys, on how to use Mental Illnesses to Win DUI Alcohol and/or Drug Cases. Barry received training on how, unfortunately, drivers who suffer from mental illness(es) will be misdiagnosed by the arresting officer and wrongfully arrested for DUI alcohol and/or drugs. Officers are specifically trained by the National Highway Traffic Safety Administration that individuals with mental illness may exhibit signs and symptoms very similar to those of an individual impaired by drugs and/or alcohol. Officers are also trained that these individuals may also be experiencing coexisting conditions of mental illness with drug impairment. Because officers rarely ask a driver, during a DUI investigation, if they suffer from mental illness, it is critical for an attorney to ask each and every client this question.

Barry Randolph Koch is a partner at Inman & Strickler focusing his practice in the areas of Civil Litigation, Personal Injury, Family/Divorce Law, Criminal/Traffic Law, and Bankruptcy.

A longtime resident of Virginia Beach, Mr. Koch attended high school at Norfolk Academy, graduating in 1970. He attended Washington & Lee University in Lexington, Virginia, where he received his B.A. in American History. In 1974, he then attended the University of Richmond, T.C. Williams School of Law, receiving his J.D. in 1977.

He has maintained a private law practice in Hampton Roads since his graduation from law school in 1977 with an active trial practice, including participation as counsel in the largest bankruptcy fraud trial conducted in the Norfolk Division of the Eastern District of Virginia Bankruptcy Court. He has handled numerous appeals to both the Virginia Supreme Court, Virginia Court of Appeals and the Court of Appeals for the Fourth Circuit. Professionally, he has lectured at Continuing Legal Education programs and seminars in his practice area for other members of the Bar.

On a personal level, Mr. Koch is a former Treasurer of the Virginia Beach Borough Jaycees, former Director of the Princess Anne Country Club and a past President of the Middle Atlantic Golf Association. He and his family are also active members of the First Presbyterian Church in Virginia Beach.