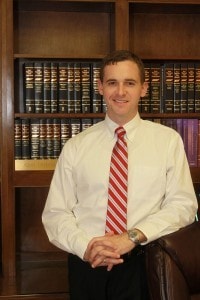 John C. Taylor recently received advanced level training, from the American Association of Premier DUI Attorneys, on how to use Mental Illnesses to Win DUI Alcohol and/or Drug Cases. John received training on how, unfortunately, drivers who suffer from mental illness(es) will be misdiagnosed by the arresting officer and wrongfully arrested for DUI alcohol and/or drugs. Officers are specifically trained by the National Highway Traffic Safety Administration that individuals with mental illness may exhibit signs and symptoms very similar to those of an individual impaired by drugs and/or alcohol. Officers are also trained that these individuals may also be experiencing coexisting conditions of mental illness with drug impairment. Because officers rarely ask a driver, during a DUI investigation, if they suffer from mental illness, it is critical for an attorney to ask each and every client this question.

John C. Taylor is a Murfreesboro native and a graduate of Oakland High School. He earned his bachelor’s degree from Furman University in Greenville, SC, where he participated in the Furman Advantage Research program, studying religion in American politics. John also earned his Master’s degree from Converse College in Spartanburg, SC before attending law school at New England Law in Boston, MA.

During his tenure at New England Law, John earned many academic accolades, such as Dean’s list as well as the CALI Award for excellence in clinical evidence. John also participated in many trial advocacy competitions, where he was named Best Advocate in the Northeast region of the National Trial Competition. While attending law school in Boston, John served as law clerk to one of New England’s preeminent medical malpractice and catastrophic injury law firms, Crowe & Mulvey, LLP.

Since returning to Murfreesboro, John has worked as a trial attorney in the areas of family law, criminal defense, personal injury, and a variety of civil litigation matters. John’s prior legal experience also includes working as trial counsel for the Tennessee Department of Children’s Services, where he represented the state agency in a variety of child abuse and neglect matters. John currently serves as a Hearing Committee member for the Tennessee Board of Professional Responsibility.

When not in the courtroom, John enjoys running, playing tennis, spending time with his family, and is an active member of his church, St. Rose of Lima.