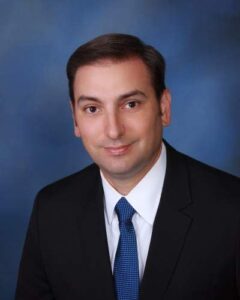 Joshua Moody recently received advanced level training, from the American Association of Premier DUI Attorneys, on how to fight Marijuana (Cannabis) DUI Cases. It is critical for attorneys to understand the general and clinical indicators that law enforcement officers are trained to look for in marijuana cases and to know the alternative causes for these indicators. Importantly, the National Highway Traffic Safety Administration (NHTSA) states that marijuana impairment can rapidly diminish between 1 and 2 1/2 hours, that some metabolites are non-impairing, and that concentrations of metabolites found in a person’s system cannot be tied to impairment. In fighting and winning marijuana DUI cases, it is important to know that the Standardized Field Sobriety Tests are not effective in detecting marijuana impairment. This training was provided by Trey Tull, a Standardized Field Sobriety Testing Instructor Member of the American Association of Premier DUI Attorneys and he is based out of West Monroe, Louisiana.

Joshua Moody is an experienced attorney in Southern California.  Before he began his career as an attorney, Josh was raised in Southern California and moved to Apple Valey while in high school.  He graduated from Apple Valley Christian School, then attended Victor Valley College and California State University, San Bernardino, where he earned degrees in Criminal Justice and Business.  After Undergrad, he attended the University of La Verne where he earned his MBA, and later earned his law degree from California Southern School of Law in Riverside.

Joshua was an Apple Valley Police Explorer in high school and college and was hired as a deputy sheriff.  He spent over 6 years at the Apple Valley station, first as a patrol deputy investigating crimes and traffic accidents, and then he got promoted to detective and spent another year and half in Apple Valley.  He investigated and was involved in many court cases that involved everything from DUI to murder.  He spent countless hours in the courtroom in both civil and criminal cases.

Josh has been in private practice helping people in every way he can including criminal cases, personal injury, juvenile law, and other civil matters.  His experience as a law enforcement officer and attorney give him a unique perspective as an advocate to those in need.  He is admitted to the California Bar, and is a well respected in his community and among his colleagues.