Mac Meade, Premier DUI Attorney, Advanced Level Training on Invalidating the Results of the Walk and Turn and the One Leg Stand Tests 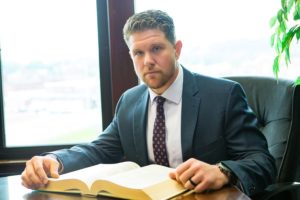 Mac Meade is a Johnson City native and is the son of the firm founder, Evan Meade. Before joining Meade Law Group in 2007, he practiced for one and a half years with the Knox County Public Defenders Community Law Office in Knoxville, Tennessee, where he gained extensive courtroom experience.  In his 10+ years in private practice, Mac has successfully represented hundreds of clients and is proud of his 5 star reputation as an attorney.