Patrick J. Silva, Premier DUI Attorney, Advanced Level Training on Invalidating the Results of the Walk and Turn and the One Leg Stand Tests 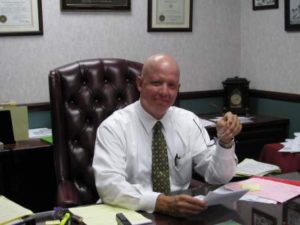 Mr. Silva’s passion for advocating for other people started in a grocery warehouse. Patrick enrolled in community college after graduating high school, but dropped out at 19 after taking a job that demanded 60–70 hours every week. The warehouse offered good, honest work, but very few people he met enjoyed it. He chose to stay around, especially after getting married and having a daughter that he needed to care for. After a few years, a problem arose in the warehouse with the current union steward.  Patrick chose to run against him in the next election and won. He was now tasked with representing the 150 other guys working during swing shift regarding all union-management related problems. Patrick knew the other warehouse guys felt there were lots problems. Taking a yellow legal pad, he wrote out a three-page list of all the challenges he saw in the warehouse and scheduled a meeting with the warehouse vice president, at the end of the meeting, the VP told the newly elected shop steward that he wanted to meet again to address plans for resolving these problems. They were soon meeting every Wednesday, checking off every issue on the list. One day, he said, “Patrick, this department has never run smoother.” The VP then wanted to bring in other union shop stewards from other departments to resolve any labor management problems they had. It was not long before they had resolved nearly all of the labor-management problems throughout the entire warehouse system. Patrick’s desire to advocate for others continued to grow. Then along came a guy named Richard. Patrick watched as Richard worked at the warehouse during summers and long breaks, putting himself through law school in San Francisco. He found the idea of being a lawyer very interesting, and as Richard and Patrick became friends, he began picking his brain whenever he could. “What’s law school like?” “How do contracts work? What types of law can you practice?” Each time he asked a question, Richard would say, “Patrick, you should just go to law school yourself. I know you can do it.” One day, Patrick finally decided to believe him. He started taking classes again and eventually was accepted into an ABA approved law school. Those were some of the best years of his life. The work load was crazy hard, but he loved the challenge. Patrick loved the learning. Beyond that, law school was full of the most positive people he ever met. It was awesome how everybody looked towards the future with such hope and were optimistic about what life could bring. After he graduated, passed the bar, and started practicing, he made a point to hold on to that positivity. Some days, being a lawyer is just as hard as working in the grocery warehouse, albeit in different ways. But when you see the profound impact your work has on a person’s life and knowing you really made a difference, it’s easy to keep being positive. Whatever happened to Richard? He is a top criminal defense attorney. Sometimes Mr. Silva looks back and wonder, “Would I be here if I never met Richard?” He would hope so, but thank God he came into my life and planted the seed of becoming a lawyer.