Paul M. Aaroe II, Premier DUI Attorney, Advanced Level Training on Invalidating the Results of the Walk and Turn and the One Leg Stand Tests 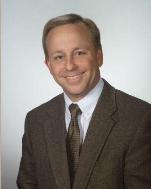 Attorney Aaroe attended Blair Academy, Lafayette College, and earned his J.D. Degree from the Dickinson School of Law in 1988. He is a Founding Member of the American Association of Premier DUI Attorneys, and Licensed by the Supreme Court of NJ and PA, the Federal Court of NJ and Eastern PA, and is a member of the Bar Association of Northampton County, Lehigh County, Monroe County, PA, and Warren County NJ. He serves on the Criminal Practice Committee of the Northampton Bar Association. After working for a Superior Court Judge, he practiced with a small firm in New Jersey and worked for several successful years until opening Aaroe Law Offices. He was always mentored by his Father, the Late Judge Paul Aaroe, who was “of Counsel” to the firm for years. Since then, Attorney Aaroe has represented thousands of DUI clients in State and Federal Courts. His reputation as the “DUI-GUY” began as his name and reputation for being the “go-to” guy for New Jersey and Pennsylvania DUI law spread.

Attorney Aaroe has been practicing DUI law for about 25 years, and his caseload involves handling about 95% DUI cases. He authored the book “ARRESTED FOR DUI IN NORTHEASTERN PENNSYLVANIA? (USEFUL INFO REVEALED THAT MAY HELP YOU DEFEND YOUR DUI CASE)” and is presently working on his second book, “DUI ENFORCEMENT – IS IT GOOD FOR THE PUBLIC?”.

He handles cases in northeastern Pennsylvania and all of New Jersey.  Including the counties of Northampton, Lehigh, Monroe, Carbon, Bucks, Montgomery, Warren, Hunterdon, Sussex, Morris, Ocean, Monmouth, Middlesex, Atlantic, and even Cape May.  He is a well-respected defense attorney who gets referrals of cases from other attorneys, police officers, prosecutors, and judges and is even asked to represent them when they get in trouble! That’s why he’s named him “The DUI-GUY”.

Mr. Aaroe has successfully handled thousands of Drunk Driving cases. He completely understands and appreciates the stress and frustration his clients feel as a result of being charged with such a crime. They can be assured that they will have peace of mind knowing that Attorney Aaroe is on the case.