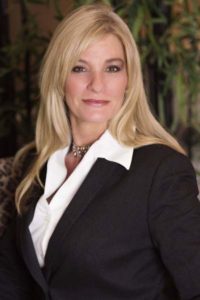 Regina Bechtler Ward recently received advanced level training, from the American Association of Premier DUI Attorneys, on how to use Mental Illnesses to Win DUI Alcohol and/or Drug Cases. Regina received training on how, unfortunately, drivers who suffer from mental illness(es) will be misdiagnosed by the arresting officer and wrongfully arrested for DUI alcohol and/or drugs. Officers are specifically trained by the National Highway Traffic Safety Administration that individuals with mental illness may exhibit signs and symptoms very similar to those of an individual impaired by drugs and/or alcohol. Officers are also trained that these individuals may also be experiencing coexisting conditions of mental illness with drug impairment. Because officers rarely ask a driver, during a DUI investigation, if they suffer from mental illness, it is critical for an attorney to ask each and every client this question.

Regina Bechtler Ward is a solo general practitioner and founder of the award-winning Law Firm of Regina B. Ward, LLC d/b/a Ward Law Firm in downtown Conway, South Carolina. Her practice primarily focuses on the areas of Family Law, Criminal Law, and Personal Injury. She and her staff have assisted clients throughout South Carolina including representation in Horry, Georgetown, Charleston, Lexington, York and Richland counties.

Attorney Ward is a native Carolinian born in Rock Hill, South Carolina and calls North Myrtle Beach her hometown. She is a graduate of North Myrtle Beach High School (1982) and earned her Bachelor of Arts degree in Political Science from the University of South Carolina-Coastal Carolina College in Conway, South Carolina (1991). During her undergraduate years she was named to many honor rolls and received academic recognition for her work. Her image and story were published in the University of South Carolina’s Columbia campus brochure and her biography was published in the National Who’s Who Among Students in American Colleges and Universities. She was elected Student Body President of the Student Government Association. She was also a nominated member of Omicron Delta Kappa National Leadership and Honor Society and a Congressional Member of the South Carolina Student Legislature.

Attorney Ward earned her Juris Doctor degree from Western Michigan Cooley Law School located in the capitol city of Lansing, Michigan (2005). She graduated with academic honors, cum laude. This academic distinction bears even greater impression in that she was able to complete the standard three years of law school coursework in a mere eighteen months. While in law school, despite a grueling accelerated schedule Attorney Ward found the time to volunteer for Habitat for Humanity, participate as an active member of the Women’s Law Alliance and serve as interim Vice-President of the Student Bar Association. She competed in the Moot Court and Mock Trial competitions and was the winner of the Best Written Brief Award. Attorney Ward received two Certificates of Merit Awards for academic excellence and achievement for her Constitutional Law and Alternative Dispute Resolution courses.

She is licensed to practice law in all South Carolina State Courts and is also licensed to practice in The United States District Court for the District of South Carolina. She is a certified Family Court Mediator and a Collaborative Law professional, a designation which enables her to help people resolve their family court matters without costly litigation. She is also a certified Guardian ad Litem, where she serves to protect the interests of minor children and the incapacitated and speaks on their behalf in Family Court.

Attorney Ward contributes to the community through her volunteer work and participates regularly in the ‘Ask-a-Lawyer” telephone bank, and has served as media spokesperson for South Carolina Bar Pro Bono Programs. She has coached a team of students for the High School Mock Trial competition where one of her students received the Most Effective Attorney Award; she has served as a scoring judge for the regional Mock Trial competitions; she volunteered to teach class on behalf of the South Carolina Bar; and has served as a speaker for Coastal Carolina University’s professional symposium, the middle school and high school Career Day, as well as been a featured speaker for local groups. Attorney Ward has been named on the annual Pro Bono Honor Roll for her dedicated service.  She was also a guest commentator on WMBF News featuring a story on “Cheaters” and the legal ramifications of infidelity and divorce and a story on “Collaborative Law.”  She has also appeared as a guest on the local TV show, Legal Access, a televised legal question and answer forum.