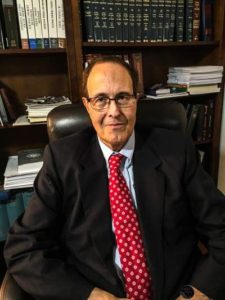 Richard L. Brooks recently received advanced level training, from the American Association of Premier DUI Attorneys, on how to effectively educate clients during the initial consultation. It is critical for clients to understand that DUI investigations are standardized nationally, you have access to all of the officer’s training materials, the DUI investigation is only scientifically reliable if the investigation is done correctly, and you will be able to identify every mistake that the officer made and every area where the officer did not conduct the investigation by the book. It is important for clients to understand that is not them versus the cop, rather it is the book versus the cop. Clients need to be armed with all of the information they need in order for them to make an educated decision about how they would like to proceed with their case. This training was provided by Nicolas Geman, a Colorado State Ambassador for the American Association of Premier DUI Attorneys. Nicolas Geman is based out of Denver, Colorado and his website is https://www.gemancriminaldefense.com/.

Mr. Brooks served in the Army National Guard and the U.S. Army Reserves from 1970-1976, respectively, when he was honorably discharged from the Judge Advocate General Corps. He is admitted to and an active member of the State Bar Arizona, the U.S. Supreme Court, most U.S. Courts of Appeals, and numerous U.S. District Courts. He is also admitted to practice before the U.S. Securities Exchange Commission and the U.S. Immigration Court. He also has served as a Judge Pro Tem of the Arizona Court of Appeals (by appointment of the Arizona Supreme Court), an Attorney Member of Disciplinary Hearing Panels of the Arizona Supreme Court (by consecutive appointments by the Arizona Supreme Court), a member of the Phoenix Employment Relations Board, and an Adjunct Professor of Constitutional Law at a Phoenix area law school. He also has served as Board Member, Officer and General Counsel of a media and entertainment corporation, responsible for all transactional and corporate governance matters as well as the supervision of outside legal counsel

was subsequently promoted to the Board’s elite Appellate Court Branch in Washington, D.C. where he served as both trial counsel and appellate court counsel before U.S. trial and appellate courts around the country. He subsequently served as law clerk to a U.S. District Judge, in Houston, Texas, and an associate and partner in distinguished corporate law firms where he litigated, in both trials and appeals in state and federal courts, complex civil cases involving virtually every aspect of procedural and substantive state and federal law, including, in particular, complex business torts involving punitive damages claims.

In addition, for the past several years Mr. Brooks’ practice has also involved the representation of defendants facing criminal charges including drug or alcohol related DUI/DWI charges. For several years, Mr. Brooks’ has also defended clients charged with racketeering, conspiracy, possession/use and/or sale of deadly weapons, armed or other forms of robbery, possession/use and/or sale of dangerous drugs, assault, battery, kidnapping, fraud, burglary, auto and/or other forms of theft, transportation and/or sale of stolen property, membership in street gangs, extortion, and attempted murder, as well as

criminal matters involving extradition, probation violations, bail bond forfeitures, and civil forfeitures of property and funds of persons accused, but not convicted, of crimes. In many of the criminal cases he has handled, Mr. Brooks has been successful in securing the participation of expert witnesses including psychiatrists and neuropsychologists to provide credible opinions supporting reduced sentences or deviation in lieu of jail time or prison time.

Mr. Brooks has also participated in sensitive civil matters in which evidence resulting in ethical, civil rights-related, or criminal investigations or prosecutions has been discovered, as well as matters relating to corporate governance or suspected white collar criminal activity, including matters involving anticipated or actual internal corporate investigations. He also serves as a consultant in matters concerning the conduct of attorneys under the Arizona Rules of Professional Conduct.

Mr. Brooks also considers it a privilege and responsibility to contribute to public endeavors, and has devoted substantial amounts of time to serving the public in a variety of capacities. Over the past thirty years, Mr. Brooks has been a member of boards of directors of many charitable and civic philanthropic organizations including The Greater Phoenix Urban League (serving as both a Board member and its General Counsel over several years), and the Arizona Literacy and Learning Center (providing assistance to children and youth with literacy/dyslexia and other language-based disabilities). He has long been Mason as well a member of the Shriners, assisting in its objective of operating hospitals and providing free medical care for children in Arizona and other states. Mr. Brooks also has served as Counsel to the Grand Lodge of Free and Accepted Masons of Arizona. He also provides pro bono legal services in both civil and criminal matters to families and individuals who would otherwise be unable to afford the services of an attorney with his professional background and experience. Mr. Brooks is also a Member (Master of the Bench) of the Horace Rumpole American Inn of Court, a society of judges and attorneys dedicated to promoting excellence in legal advocacy. 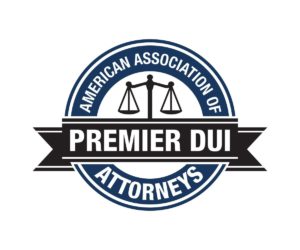