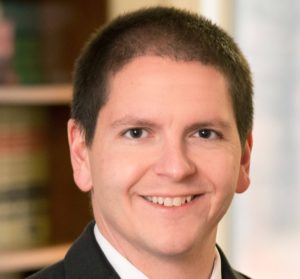 Tyler Smith recently received advanced level training, from the American Association of Premier DUI Attorneys, on attacking DUI reports and videos in DUI cases. To effectively attack DUI reports and videos, it is critical to know and use the officer’s NHTSA Manuals against him. Even the most experienced officers miss important steps and make mistakes in DUI investigations, which can result in people being wrongfully arrested for DUI. Some key areas to focus attention on are: discrepancies between the police report and the video, officers who ignore/downplay/neglect injuries and medical conditions, the officer’s instructions and demonstrations of the field sobriety tests, an officer’s use of trick questions, improper classification of clues, copy and pasting errors, misused keywords, and poor quality reports when a video is present. This training was provided by Peter Krantz, a former law enforcement officer who was a Drug Recognition Expert and a Standardized Field Sobriety Testing Instructor. Peter has transitioned out of law enforcement and is now in law school to become an attorney who will defend people who are arrested for DUI.

Tyler’s practice is devoted to appeals, civil litigation, employment law, criminal defense, and defending operating under the influence charges. Before joining the firm in 2012, Tyler was a solo practitioner in Biddeford with a practice focused on criminal defense. After graduating law school, Tyler served as a judicial law clerk with the Maine Superior Court in Augusta, Maine.

Tyler has a passion for appellate advocacy. He demonstrated talent for handling appeals as early as law school, where he won first place in two national moot court competitions and first place in two intraschool competitions. Tyler has advocated before the Maine Supreme Judicial Court and First Circuit Court of Appeals in Boston, MA in a wide array of areas, including employment law, whistleblower retaliation, defamation, First Amendment rights, drug trafficking, domestic relations, commercial disputes, and undue influence. Some representative examples of Tyler’s appellate results include vacating a fourteen-year prison sentence for aggravated drug trafficking in State v. Pinkham, redefining the way heroin trafficking was prosecuted in Maine; vacating a $3,300 per month spousal support award and then successfully reducing the client’s obligation to just $1.00 per year; convincing the Law Court to overturn a 40-year lease extension at a local airport by arguing that the lease extension was extinguished by the current owner’s foreclosure on the property; and securing a remand and reconsideration of an order awarding $1.2 million attachment against a client’s property. Tyler has also been selected by his peers in the Maine Associated of Criminal Defense Lawyers to author amicus curaie appellate briefs in the areas of OUI and Fourth Amendment rights.

Tyler has defended clients across the State of Maine from all manner of criminal charges, including drunk driving (known in Maine as “operating under the influence” or “OUI”), driving offenses, domestic violence, assault charges, sexual assault, drug charges, fish & game violations, and other offenses. Tyler believes that a successful defense begins with comprehensive knowledge of the facts and circumstances of the case and a firm understanding of the client’s goals and objectives. From there, he works with his clients to develop a strategy to achieve the best possible result – which may range from negotiations with the prosecutor to holding the government to its burden of proof at trial. Tyler is a member of the National College of DUI Defense, the American Association of Premier DUI Attorneys, and the Maine Association of Criminal Defense Lawyers.

Tyler represents and advises employers in the public and private sectors in a variety of employment areas, including compliance under the FMLA, ADA, FLSA, Title VII, Maine Human Rights Act, Maine Whistleblowers’ Protection Act, and other state and federal employment laws. He helps guide clients through the complex issues that arise in the workplace and has provided training sessions for management personnel in avoiding sexual harassment and retaliation claims. Tyler is also experienced in representing employers against claims for discrimination, retaliation, harassment, defamation, wage and hour violations, and other claims in state and federal trial and appellate courts.

Civil litigation is the process of resolving private disputes in a court of law or other tribunal. Tyler is experienced in representing individuals, employers, and businesses throughout the litigation process in a wide array of litigation matters, including breach of contract, defamation, retaliation, discrimination, legal malpractice, undue influence, misrepresentation, personal injury, family law, protection from harassment and/or abuse, and civil rights claims. He has been recognized as a “Rising Star” in the area of litigation by Super Lawyers every year since 2015.

Tyler grew up in York County, where he still resides with his wife and two children. He enjoys running, skiing, and playing guitar and mandolin.

Supreme Court of the United States 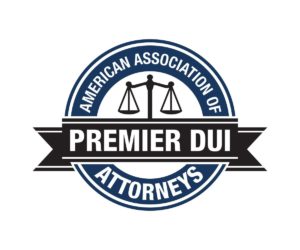