Zachary A. Cohen recently received advanced level training, from the American Association of Premier DUI Attorneys, on Unconstitutional Fees In DUI Cases. Zachary received training on a recent Court of Appeals Decision in Tennessee that administrative fees charged on blood draws are unconstitutional and violate due process. Many areas of the Country have similar administrative fees on DUI cases that may also be deemed as unconstitutional and violate due process. This training was provided to Association Members by David Ridings. Mr. Ridings is an AAPDA State Ambassador for Tennessee. Mr. Ridings’ office is located in Nashville, TN and his website is found at http://www.nashvillecriminalattorney.com/.

Zac was born in Salisbury, North Carolina and graduated from West Rowan High School where he was a two sport athlete in football and track and field. His senior year he broke the North Carolina 2A Discus record which he still holds today. He attended Wingate University on football and academic scholarships and played football for four years. After graduating from Wingate University, he relocated to Texas earning his Juris Doctor from Texas A&M University School of Law in Fort Worth.

Between his second and third year of law school, he interned with the office of the District Attorney in Union County, North Carolina and during this internship he gained valuable experience in evaluating cases through a prosecutor’s perspective and trial experience in both District and Superior Courts. During his internship with the District Attorney’s Office, his first trial was prosecuting a DWI. After passing the North Carolina Bar exam in 2005, Zachary Cohen immediately began his practice as a private attorney in Monroe, North Carolina. Zachary Cohen is an experienced trial attorney who is dedicated to defending his clients.

Zachary Cohen is an experienced trial attorney who is dedicated to defending his clients. He handles DUI/DWI defense, family law, traffic law and criminal defense cases. The American Society of Legal Advocates listed Zac as one of the “Top 40 Lawyers under 40” for 2014.

Zac was ranked by The National Advocacy for DUI Defense, LLC (NAFDD) as a Superior DUI Attorney for 2013. He was rated in the top 100 DWI Defense Attorneys in the state of North Carolina. Zac also won the Avvo Client’s Choice award for criminal defense in 2013.

To learn more about Zachary A. Cohen, please visit http://www.cohenlawmonroe.com or https://www.aapda.org/directory/name/zachary-cohen/ 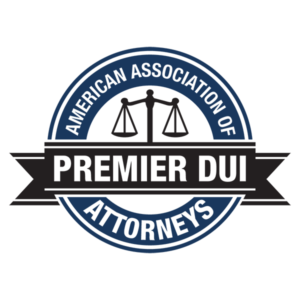