Ashley Hurlbert, Premier DUI Attorney, Advanced Level Training on Invalidating the Results of the Walk and Turn and the One Leg Stand Tests 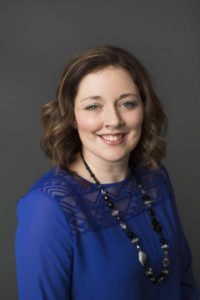 Career Path:  Ashley Holmes graduated from UND Law School in 2008.  She was accepted into the Judge advocate General in the Air Force but after being medically disqualified moved to Dickinson and accepted an associate position with Reichert Armstrong.  Ashley began practicing criminal and civil law but after about 2  years began concentrating on Criminal Law.  She made partner in the firm in 3 years and has been practicing solely criminal defense since that point.  Ashley is partners with Senator Kelly Armstrong and Alex Reichert both of which have served as amazing mentors and great friends.

The majority of her case load is DUI law and as such she spends the majority of her time battling 4th amendment issues.  In 2011, she argued State, ex rel. Roseland v. Herauf, 2012 ND 151, 819 N.W.2d 546 at the ND Supreme Court and won, requiring prosecutors across the state to change the way they prosecuted blood draw DUIs and ultimately led the ND legislature to adopt a new law to circumvent the Court’s decision.