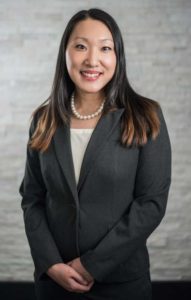 Christina Pendleton & Associates recently received advanced level training, from the American Association of Premier DUI Attorneys, on how to use Mental Illnesses to Win DUI Alcohol and/or Drug Cases. They received training on how, unfortunately, drivers who suffer from mental illness(es) will be misdiagnosed by the arresting officer and wrongfully arrested for DUI alcohol and/or drugs. Officers are specifically trained by the National Highway Traffic Safety Administration that individuals with mental illness may exhibit signs and symptoms very similar to those of an individual impaired by drugs and/or alcohol. Officers are also trained that these individuals may also be experiencing coexisting conditions of mental illness with drug impairment. Because officers rarely ask a driver, during a DUI investigation, if they suffer from mental illness, it is critical for an attorney to ask each and every client this question.

Christina was born in Taegu, the fourth largest city in South Korea. She first moved to the United States as a child for several years while her father pursued his doctorate degree in Maryland. Christina returned to Korea for some time and then later moved back to the United States during high school, this time living in Cary, North Carolina. Christina has played piano from the age of 4 and upon graduation from Cary High School, she attended University of North Carolina-Chapel Hill on a classical piano performance scholarship.

While Christina maintains a passion for music, she chose a career in law. During law school at North Carolina Central University, Christina served as a law clerk at the North Carolina General Assembly and at the Durham County District Attorney’s Office handling General District Court matters.

Christina is a trial attorney based in Richmond, Virginia who has successfully handled thousands of cases throughout central Virginia.

After passing the bar exam, Christina worked for a high-volume traffic law practice serving central Virginia. This allowed Christina to help thousands of clients and gain a wealth of experience which she continues to use as a Richmond personal injury lawyer to help clients in the counties she serves. Christina speaks Korean fluently.