David Lish, Premier DUI Attorney, Advanced Level Training on Invalidating the Results of the Walk and Turn and the One Leg Stand Tests 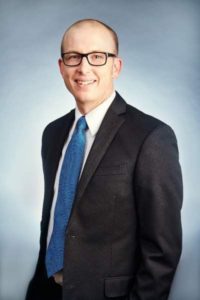 David Lish defends clients in all types of criminal cases throughout Arizona. A former misdemeanor and felony prosecutor, he has extensive courtroom experience in both juvenile and adult court.

As a Deputy Maricopa County Attorney for over six years, David prosecuted cases with charges ranging from drug possession and forgery to violent crimes, including aggravated assault and attempted murder.

He also worked in the Sex Crimes Bureau, where he handled “cold case” sexual assault matters that involved the use of forensic DNA evidence.

David later joined the City of Scottsdale Prosecutor’s Office, where he focused on DUI prosecution and underwent extensive DUI training, including courses required of police officers to conduct DUI investigations.

A 32-year resident of Arizona, David is married and has four children. He is an avid long-distance runner and triathlete, having completed many marathons and participated in lots of other races of varying distances, including the Boston Marathon and a full Ironman triathlon.