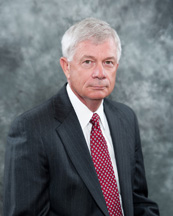 Paul Thomas Clark recently received advanced level training, from the American Association of Premier DUI Attorneys, on how to use information from medical staff to win DUI cases. Paul received training on how law enforcement and emergency medical personnel have different priorities when they encounter a suspected impaired driver. These differences lead to contradictions between what law enforcement and medical staff document and may give the defense more ammunition to show that law enforcement was inaccurate, incomplete, or even dishonest. The information in this training was provided by Jay Manning. Mr. Manning is an AAPDA State Ambassador Member of the Association. Mr. Manning’s office is located in Gold River, California and his website is https://www.chastainelaw.net/.

Paul Thomas Clark has practiced law in Lewiston, Idaho since 1970 and recently became a member of the American Association of Premier DUI attorneys.  While practicing, he has literally handled thousands of DUI cases.  In addition to his DUI practice, he practices general criminal law, family law, personal injury and general litigation.

Mr. Clark graduated from Northwest Nazarene College in 1967 with a Bachelor of Arts degree and graduated from the University of Idaho in 1970 with a Doctor of Jurisprudence.  He was admitted to the Idaho State Bar in 1970 and subsequently admitted to the United States District Court of Idaho in 1970, the U.S. Court of Appeals Ninth Circuit in 1986, and the United State Supreme Court in 1986.

Among his other awards and honors he received the Idaho State Bar Professionalism Award in 2004 and has had AV Rating with Martindale-Hubbell for years.

Mr. Clark’s Professional Associations and Memberships include being a prestigious member of the American College of Trial Lawyers which is limited to 1% of the Bar.  He was admitted only after an extensive background investigation and the approval from other members of the American

In addition to his active trial practice, Mr. Clark has handled many cases before the Idaho