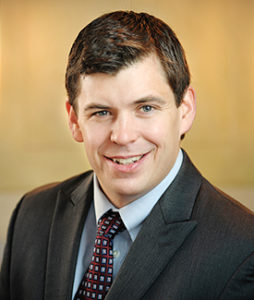 Robert Hayes recently received advanced level training, from the American Association of Premier DUI Attorneys, on how to use Mental Illnesses to Win DUI Alcohol and/or Drug Cases. Robert received training on how, unfortunately, drivers who suffer from mental illness(es) will be misdiagnosed by the arresting officer and wrongfully arrested for DUI alcohol and/or drugs. Officers are specifically trained by the National Highway Traffic Safety Administration that individuals with mental illness may exhibit signs and symptoms very similar to those of an individual impaired by drugs and/or alcohol. Officers are also trained that these individuals may also be experiencing coexisting conditions of mental illness with drug impairment. Because officers rarely ask a driver, during a DUI investigation, if they suffer from mental illness, it is critical for an attorney to ask each and every client this question.

Robert P. Hayes is an attorney at Germani Martemucci & Hill.  Rob graduated with a Bachelor of Arts in Economics from the University of Maine in 2009. Thereafter, he attended the University of Maine School of Law, graduating magna cum laude in 2012. While in law school, Rob was Editor-in-Chief of the Maine Law Review and was awarded the Edward S. Godfrey Leadership Award for his contributions. He also earned the Pro Bono Publico Award for his volunteer legal advocacy, and worked as a student attorney at the Cumberland Legal Aid Clinic, representing criminal and civil clients in both state and federal court. Prior to private practice, Rob clerked for the Honorable Joseph M. Jabar of the Maine Supreme Judicial Court. In 2016, he graduated from the Maine State Bar Association’s Leadership Academy, and he has been selected as one of New England’s Rising Stars by the peer reviewed New England Superlawyers.  His practice focuses on civil litigation and criminal defense work, with an emphasis on operating under the influence cases.